Terra’s major defi protocols are just starting to launch or mature. Mars’ successful launch is paving the way for complex verticals like Levana, and the integration of mirror, nebula, and vertex will throw the door wide open for a cohesive on-chain perps, options, and forex system. The futures and forex markets have the largest volume out of all asset-classes. Terra being so well positioned means that it is going to attract a shit ton of traffic.

Terra does not have a clear scaling roadmap. There is no plan for vertical solutions such as rollups or data availability layers. Furthermore, Celestia has said that it is simply not compatible with Terra so something like Cevmos (celestia on evmos) is not feasible. There is also
no horizontal design such as Avalanche’s subnets. Although Cosmos’ app-chain vision is horizontal, it is highly unlikely that the major Terra dapps will become their own app-chain as this would cause composability and latency issues which would not be tolerated by high-frequency traders.

Tendermint blockchains have not really faced any scaling issues so far (with the exception of Secret), but this can be attributed to the fact that they have not really been stress tested to the same degree as the other blockchains, and the validator set is quite small (It is worth noting that the validators are not being paid any inflationary rewards which is super awesome for the longevity of the protocol). Terra will eventually need to expand its validator set and at some point, state bloat will become too great and Terra network will become congested. I want to know if there was is anything being done to prepare for this situation, and whether there is any possibility of RADs or even historical expiration mechanism like Ethereum is considering.

I don’t have the technical knowledge to offer an opinion on what the best way to approach this is, but want to make sure that some discussion about this topic is happening.

There have been some discussion on Twitter but it seems like a good idea to bring up the topic here too. 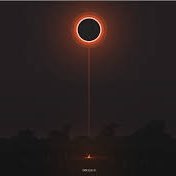 1) Terra is often pigeonholed into the L1 conversation bc it happens to be top 3 by TVL But at the end of the day, Terra has more in common with an application or dApp It is an app-specific chain selling one product: $UST (and other fiat stables)

@stablekwon
@Foobazzler IMO, the trick is to have cosmos zones that share security through a common asset (say, $LUNA or $ATOM or $RUNE), and to have an execution layer that sits elegantly across multiple zones with state sync happening through IBC. CosmWasm could perhaps do this.

In my view, rollups can offload some computing to more centralised infrastructure, without compromising censorship resistance. It’s a good solution for many dapps but the core arbitrage mechanism balancing the fiat-pegs must probably still happen at layer one, and sooner or later there will be congestion.

My prediction is that Terra’s architecture will be copied and there will be basket coins containing similar IBC compatible stablecoins. If one chain become too congested and deviates from its peg, the impact on the basket would be smaller, and weights would be adjusted.

When one chain become too congested, it could possibly try splitting the stablecoin operation in half and make its own basket coin on a third chain. By slowly adding weight to a new chain, its liquidity could grow in a sustainable manner, until half of the stablecoin supply is migrated and offloaded to the second chain.

Initially, new chain’s market cap would be tiny but it would grow as the congested chain’s stablecoins would be exchanged for coins on the new chain. To avoid shortages of liquidity early on, the new chain’s stablecoins could be exchangeable for the original chain’s coins at a fixed rate. Likewise, security on new chains could perhaps be bootstrapped with merged “mining”, relying on the original validator set.

Instant arbitrage between chains could be facilitated with payment channels, conceptually proven by OpenDEX and Connext.