Edit before posting
I spent the whole day yesterday working on this, including much that is not seen in this post—including early prototype code for various ideas. It may or may not be rendered irrelevant by @dokwon’s “Terra Ecosystem Revival Plan”. I will post it anyway, and see where this goes. 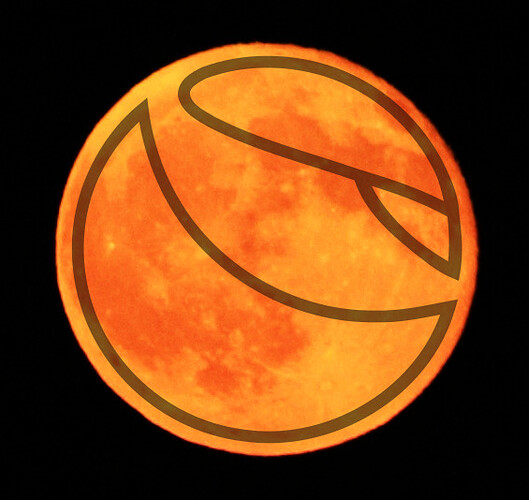 Summary
I hereby seek ways that Terra and/or LUNA investors could encourage the mass-burning of cheap LUNA by anyone who may treat it as “easy come, easy go”. I first sort LUNA holders into a rough taxonomy, classifying different types of both long-term holder (LTH) types and short-term holder (STH) types. I then set forth objectives for inducing everyone who has LUNA to make the choices that are ultimately better for the Terra network. Those who seek a quick profit should choose to burn their LUNA, and those who are willing to take long-term risks will be rewarded commensurately.

My approach is fair, honest, non-coercive, and based on organic self-selection: You get binned into a category based on whatever choices you freely make in response to risks and incentives. If you want to see Terra succeed, if you treat every little LUNA as precious, then you will take long-term risks and ignore short-term incentives. Otherwise—well, c’mon. LOL, LUNA is like SHIB now! It’s toy money, on its way to zero. Don’t be a lunatic: You really don’t want to be holding LUNA after it literally lost >99.9999%. Hahaha, #FAIL. Let’s see what will persuade you to burn it.

Motivation
The LUNA supply is currently hyperinflated. For LUNA to survive and recover, the supply must be cut in some clean, honest way that does not pull a bait-and-switch on anyone who has purchased LUNA.

Proposal
I posit that at present, LUNA holders may be classified into four groups:

Disclosure: I place myself firmly in this #2 camp. Whatever LUNA I recently bought, I will sell for short-term profits only if Terra does something with which I strongly disagree in principle—such as becoming an inefficient wrapper for USDC, as DAI is, or taking some other action that induces centralization contrary to Terra’s stated purposes, or that’s dishonest, or otherwise something from which I would dissociate myself. That’s not a promise to you people: It is a promise to myself, because I want to have a part of Terra’s future. I also got some of my friends into LUNA within the past few days, and they are of the Bitcoiner “HODL” LTH mindset.

Speaking as a self-ascribed part of #2 above, I want to get rid of #4 ASAP—even if they bought in before me, and even if they invested more than I did. Screw ’em. They are poison to the network. Many of them would now rush to panic-dump for any significant portion of what they previously invested, and get out. I would be happy to wait longer to see any profits from my investment, if it means we can get rid of the thoughtless ones.

Of course, I also want to see #3 take their short-term profits and begone.

Ordinarily, market forces would eventually shake out #3 and #4, as #2 merges into #1. However, the LUNA supply is now so badly hyperinflated that swing-trading in the #3 category can probably drain away any increased value of the network. Traders don’t want to take a long-term risk, and they don’t need to: Their strategy is to sell every local top, and buy back in every dip.

If too large a proportion of a ridiculously huge supply remains circulating amongst people who simply scalp the fluctuations, it will be quite difficult for any value at all to accumulate for long-term holders. Redouble this problem, if a large proportion of the supply is now in the hands of whoever attacked UST—as it probably is.

The only way out of this problem is, of course, to reduce the circulating supply. But how can this be achieved?

Foremost, I urge that changes to LUNA’s economic model must be avoided unless absolutely necessary—and then, done only minimally and honestly.

LUNA needs restored confidence, not worse-damaged confidence. Although some changes to LUNA’s economics around the edges may be mathematically unavoidable due to this recent hyperinflation, I urge very strongly that they be kept minimal, and done only if keeping the network functioning would otherwise be a mathematical impossibility.

Overall here, I suggest that the hyperinflated supply needs to be cut by burning a large amount of it—and this must be achieved without drastically changing the economic model.

Furthermore, I urge that Terra avoid the mistake of treating staking lockups as a solution to oversupply. I have seen this happen with other coins. It doesn’t work. It devolves into a downward spiral of the project’s leadership struggling by hook or by crook to persuade people to lock up their coins. Eventually, it verges on (or even becoming) an outright scam, where holders are offered a mirage of overpromised rewards to lock up their money on ridiculous terms.

Please don’t do that. Instead, look to the example set by the gold standard of cryptocurrency valuation success: Bitcoin.

Bitcoin has no staking at all. No lockup. The entire Bitcoin supply is freely floating at every moment of every day. Any holder can dump on a whim, anytime. Not despite this, but partly because of this, BTC has consistent long-term appreciation of value.

LUNA already has staking with a lockup, and I will not hereby suggest any changes to that. Instead, I suggest that the hyperinflated supply should be directed away from staking.

To shake out STH, don’t try to persuade STH to lock up their coins. Instead, incentivize them to burn their coins—even at the short-term expense of LTH. This divides STH from LTH naturally, organically—by self-selection. It lets each LUNA holder make a choice about risks, and about trade-offs between a bird in the hand and two in the bush. And in the long term, it rewards LUNA holders commensurately to the choices they now make.

I say that as one who considers himself “new LTH”. I can wait.

The objective is thus to persuade the above categories #3 and #4 to burn their coins, instead of selling them on the market. Don’t sell, don’t stake—burn your coins, unless you are a long-term visionary who wants to have patience and take risks, waiting for Terra to rebuild itself.

How can this be achieved?

Having suggested what I propose the objective should be, I turn to brainstorming aloud.

The obvious solution is a buy-and-burn program. That invokes questions of how it would be funded, and how the buys would be executed. It also raises the problem that at the current LUNA supply level, it may well be like trying to empty the ocean with a tablespoon. I invite ideas for this, but I reserve any of my own buy-and-burn ideas for a potential future post.

Beyond that, I have spent the day pondering: Is there any way to encourage STHs to burn their own LUNA?

Assuming an efficient market, incentivizing an alternative to selling is quite difficult: The tail is trying to wag the dog. Market price will immediately rise to an epsilon less than any burn incentive that significantly exceeds the current market price (modulo transactional costs).

Staking programs seek to circumvent this general problem by introducing a time dimension, via lock-ups. But the objective here is not locking up a supply that would still exist: It is to incentivize immediate reduction of the supply.

I have some ideas for creative solutions to this problem. I am as yet unsure which ideas may be viable: I need to think further, try to shoot down my own ideas, and maybe write some code. In the near future, I may add ideas in further posts on this thread, and edit in down-links here.

For now, I want to get this discussion started. Action is required ASAP. The lower the LUNA price is, the more effective any LUNA-burning program will be. It should go without saying that as a LUNA holder, I don’t want the price to stay low! Rather, I want to catch it low with new ways to encourage the immediate mass-burning of LUNA.

I invite discussion: New ideas, constructive critiques, and general comments. I may engage here less than some may expect, because I’ll be busy writing code and/or longer posts. Right now, the “how to burn LUNA” problem is an urgent personal priority to me.

P.S., are you tired of holding this worthless coin? It is aptly-named LUNAcy. Don’t be a LUNAtic. Get rid of it: Nuke the moon! BURN YOUR LUNA.

15 Likes
Save Luna, not UST
Terra Ecosystem Revival Plan
[Proposal] Auto-reject all proposals made on unreasonably short timelines
[Proposal] BURN and REMEDY fee with each LUNA transaction 💊 [PART I]
defiyields May 14, 2022, 2:36am #2

The community seems to be overwhelmingly in favour of a burn to dramatically reduce the hyperinflated $LUNA supply, whatever form that burn takes. Now we will see if the team will listen to the wishes of the community.

Hyperinflation is the fault of Do Kwon and his team. His arrogance and incompetence created this mess.

People ended their lives for this.

Besides that, Binance CEO was asking what happened with the BTC? It should have been used to buy UST. They did not. So where is the BTC now? Fork a new coin. Kept the BTC for themselves?

Or should they sell the BTC. Refund as much as possible with the Luna holders. They saw the Luna printing machine going like crazy. And they did nothing. NOTHING! The CEO said hang tight. So many people bought to support the system. He doesnt care about us. People have already gone to the police. A matter of time before he gets sued.

Some lost millions. Some lost their loved ones. Do Kwon called people supid and poor. Yelling 95% of coins will disappear And people still worship him. Wake up people. Our money is gone because we believed a narcisisst.

He should step down. The next CEO should work together with Binance for a solution. Perhaps then we might see a small portion back of what we had.

100%.they looking a way to exit scam if they dont Burn and try to start from the ground

Do kwon’s arrogance fucked this chain up and some people lost their savings because of a narcisisst ass.

That’s another self-propelled rocket, painted with a wiki color.

You aren’t brainstorming, you are brainwashing with water taken from a WC.

If there is a problem on the inflated coin is that it isn’t counting on the control of the chain.

So basically you have 370m special coins that have value and have a voice in the voting, the rest instead counts nothing.

These two categories differ only by the addresses that hold them.